The schemes include 3 drinking water supply facilities and 3 irrigation channels that will benefit 915 households and irrigate over 1200 kanals of land respectively in villages Sherinkhel, Barwand, Machi Khel, Upper Suleman khel, Spinkai Raghzai, Chalmishti, Tappay Sar of District South Waziristan. These schemes will be established with a total cost of PKR 19.9 million and will be completed in a period of six months.

The efforts of SRSP are commendable in rehabilitating the war hit district of South Waziristan.” Said the chief guest of the event Maulana Jamal ud din while addressing the audience.


His appreciation was substantiated by Mr. Dil Nawaz Khan, Additional Commissioner South Waziristan; as he deliberated on the different initiatives taken by the SRSP in South Waziristan. SRSP is undertaking these initiatives under two projects which are funded by the Government of Germany and the European Union and financed through KFW. The projects are functional in 5 newly merged districts and will improve infrastructure and revive livelihoods for over 20,000 households. In the last 6 months 11 Clean drinking water supply schemes have been completed under these projects by SRSP in South Wazirsitan for the total cost of Rs: 15,821,630 benefitting over 1100 households in 12 villages of the district. 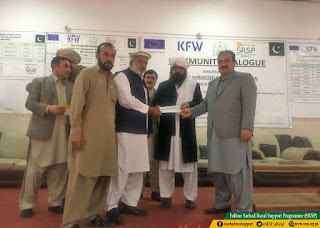 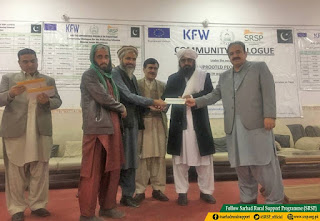 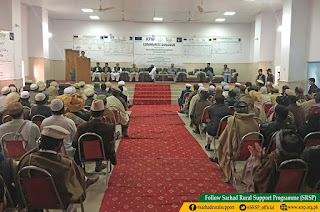 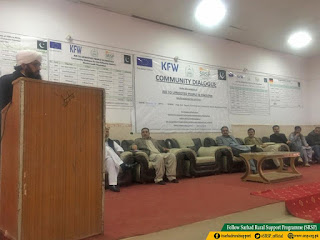