August 23, 2017
KFW Delegation (Germany) visited Pakistan to oversee development programs financed by KFW in KP and FATA. The delegation first visited district Shangla where SRSP is implementing (LACIP-II PPAF) project. The delegation met with activists of Local Support Organization (LSO). They also had a meeting with Assistant Commissioner and District Nazim Shangla.
On another occasion the delegation along with European Union (EU) representative participated in a stakeholder’s workshop on, “Aid to Uprooted People in Pakistan” which is EU funded programme in FATA. Secretary Social Sector and Development (FATA) chaired the workshop. Important stakeholders included Directorate of Projects, Directorate of M&D, Directorate of health and education, Additional Secretary Law & Order FATA secretariat, European Union, GIZ and UNDP.


The delegation also visited District Mansehra to see the recently re-constructed Govt. Primary and Middle Schools under UNHCR-RAHA program implemented by SRSP, financed by the KFW. District Education Officer Mansehra welcomed and briefed the guest on the achievements of the program, in particular, while generally elaborated current and future endeavors of education department. 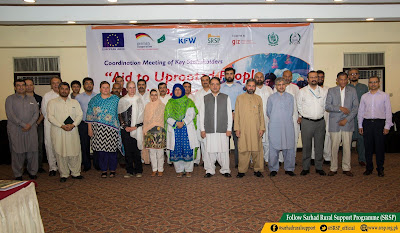 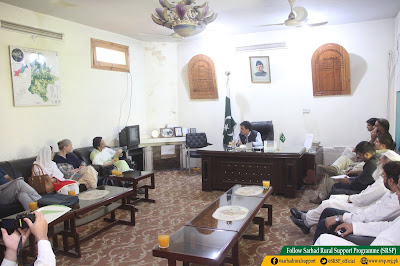 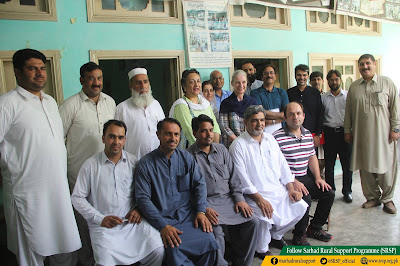 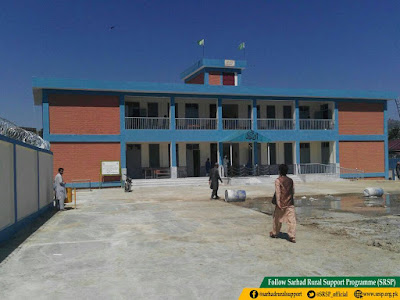 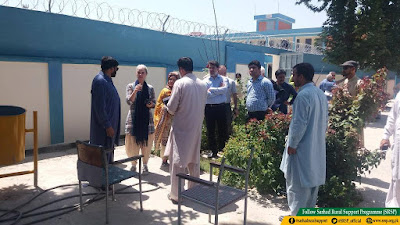 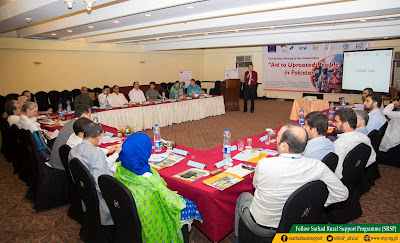 Stakeholder’s workshop on, “Aid to Uprooted People in Pakistan” held in Peshawar

August 06, 2019
The representatives of the Khyber Pakhtunkhwa Government and UNDP stressed the need for adopting innovative ways to address the issues of unemployment and lack of livelihood opportunities in the merged districts.Khyber Pakhtunkhwa Minister of Finance and Planning Taimur Jhagra and resident representative of UNDP Ignacio Artaza were speaking at a ceremony to inaugurate vocational training for 500 youth from the merged districts of Khyber, North and South Waziristan.The training is being organized at the Human Resource Centre of the Sarhad Rural Support Programme (SRSP) in Hayatabad. The six-month training is being funded by the USAID through UNDP in a project being implemented by the SRSP in the three districts.
The youth are being imparted training in different trades including solar panel, auto mechanic, motorcycle, refrigeration and air-condition repairing. The trainings are certified by the City and Guild London.

September 18, 2019
Mr. Shoaib Sultan Khan, the founder of RSP movement in Pakistan, visited Local Support Organizations (LSOs) in Nowshera and Charsadda Districts and met Community Investment Funds members, Entrepreneurs and Value Chain members. He described what he saw as an excellent example of women empowerment and poverty alleviation. He was accompanied by Chairperson SRSP Mrs Munawar Humayun Khan and CEO SRSP Masood Ul Mulk along with others.

January 24, 2017
50 young people, between 18 to 30 years of age, receive skills enhancement training in electrician and sanitary fitting courses. The group was selected from District Peshawar, Charsadda and Nowshera. The training was organized at SRSP’s Technical & Vocational Center in Peshawar, which offered a certified course from City & Guilds UK. Their team conducted post-training evaluation and certificates were distributed among the best performances. The initiative is funded by the Government of Australia under Women Economic Empowerment and Market Development (WEEMD) project.