November 18, 2016
Around 7,000 people will get benefit from 7 community built infrastructure schemes includes five drinking water supply schemes (tubewell), one each irrigation channel and protection wall worth 12,756,112 PKR. Cheques were distributed among community representatives in Khyber Agency. Political Agent, community representatives, agency officials and SRSP were present on the occasion of cheque distribution. The event was organized under a four years project funded by the Government of Germany and financed by KfW to support Reintegration and Rehabilitation for Temporarily Displaced Persons (TDPs) in FATA. The project is being implemented by SRSP with the support of FATA Secretariat. The project area is South Waziristan Agency, North Waziristan Agency, Orakzai Agency, Khyber Agency and Kurram Agency. The project has already been initiated recently in South Waziristan and Orakzai agencies. 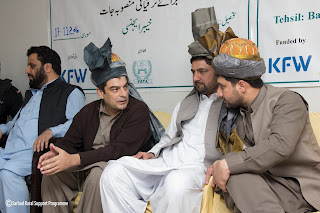 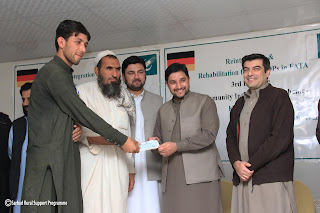 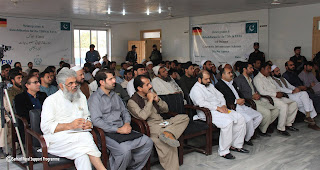 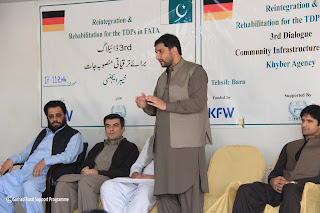 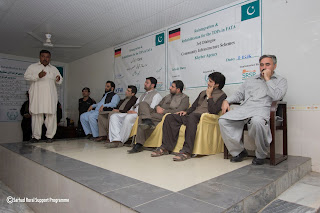 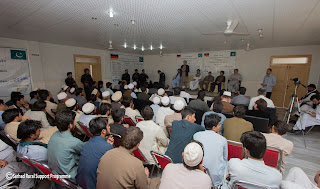