November 03, 2016
A Ground Breaking ceremony of 5 community built schemes includes Drinking Water Supply and Link roads was recently held at Orakzai Agency. Cheques were distributed among community organizations from Lower and Upper Tehsiles of Orakzai Agency. Community elders, Additional Political Agent Orakzai Agency, Political Administration of concerned Tehsils and SRSP participated in the dialogue. The event was organized under a four years project funded by the Government of Germany and financed by KfW to support Reintegration and Rehabilitation for Temporarily Displaced Persons (TDPs) in FATA. The project is being implemented by SRSP with the support of FATA Secretariat and Political Administration in five Agencies (South Waziristan Agency, North Waziristan Agency, Orakzai Agency, Khyber Agency and Kurram Agency.) 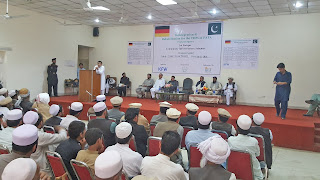 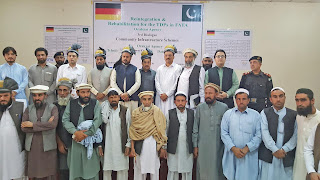 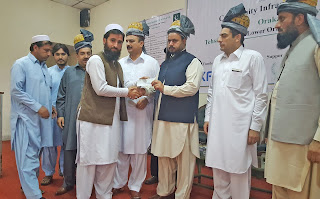 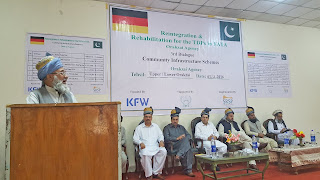